Daenerys had been ruthless in her conquest both at the time and months after. Resistance groups and dissidents were given one and only one chance to conform to the new rulership of their once independent nations. Afterwards, with the use of Red God and Valyrian sorcery, those who had opposed her were hunted down like animals, killed without mercy, tortured to madness and punished in public, their families taken and given as hostages to loyalists. 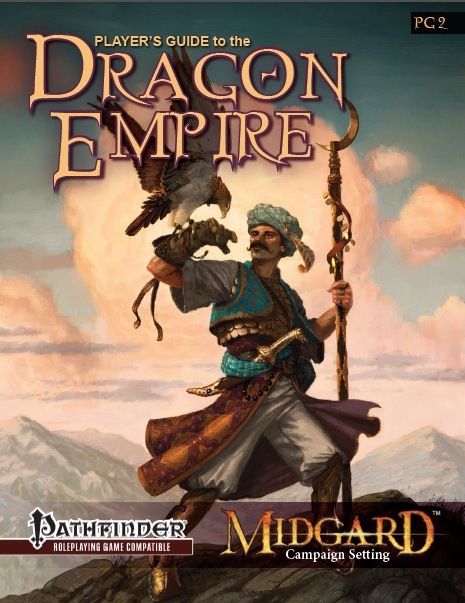 The population thus feared her for her iron rule, yet could not help but praise and admire her for her fairness in legal matters, her support of the Smallfolk and citizens and her ruthless destruction of the corrupt. Even those in Westeros who had feared a return of a mad Queen with Dragons had begun to see that she was bringing a new age. Roads had been built, education was given freely, the poor fed, clothed and given honest work.

Daenerys Targaryen was truly proving the greatest of her family. A large and well trained standing army and navy that both grew by the day with fresh recruits eager to earn a living and defend the new Empire protected them and saw to justice wherever they went while the Dragons saw to stability and the heralding of a new age. Everyday, tribute came from all parts of the Empire, presented to the Valyrian beauty in her throne room. The preaching of her being the Gods chosen warrior and avatar had spread far and wide throughout the known world, many people looking into the lore of their nations and seeing her as a prophesied saviour.

To some the prince who was promised, to others Azor Ahai. A thousand names she had. And so they sent tribute and begged her favour. Great chests of Gold and jewels, books of knowledge and power long forgotten, spices, perfumes and silks from foreign lands by the caravan full, all to gain her favour and protection. From Lys and the summer Isles came of their most beautiful, handsome and skilled men and women, a tribute to warm her bed and satisfy her body and of those she favoured, with a promise to send the same every month for a year and more at her command.

Her very own personal Harem. From Sothoryos came Gold, Jewellery, precious Gemstones, rare herbs, exotic birds and deadly poisons to use against her enemies but the greatest gift came from the Shadowlands of Asshai. From the dark city came a chest filled with 12 Dragon eggs, all turned to stone yet heating up in her palm as she held them, a slight smile on her face as she remembered how it had all began with three. But all was not well with the Empire.

At least not with its Empress. It did not matter to her that Essos was now fully under her command or that she now held dominion over an Empire that stretched from one part of the narrow sea to the other. It did not matter to her how her tribute, wealth, influence and power grew daily or that when once winter began she was hated and near its end she was loved by all from Westeros to Essos or that her armies, support and the fanatical worship of her as a saviour figure grew daily.


It did not matter to her. For Daenerys was empty inside. She sat on Dragon Throne of Marble, Gold and Gemstone, a ruby and sapphire Crown upon her brow and dressed in the most expensive of silk dresses, a silver Dragon headed staff with Ruby eyes and emblazoned with Valyrian runes in her hand, her purple eyes roaming over the days court as they left after she had finished the matters of the day. Most would have felt satisfaction and triumph at what they had accomplished but all she had felt was a deep sense of…..

And more of the same empty feeling. She never told her advisors.

Never told Grey worm, now one of her most venerable and powerful generals and trainer of her armies as well as head captain of her unsullied bodyguard nor did she Missandei, her most trustworthy friend and sister in all but blood who was now one of the most sought after as a way to gaining the attention oand favour of the Dragon Empress. She did not tell Ser Jorah, who had defended her from all threats he could, who she covered in wealth and influence as he even now prepared to sail to bear Island after the winter storms and weather of his homeland abated so he could show his long at odds family his success.

She never dared tell Tyrion, who had been devastated at the loss of his brother, the last Lannister to ever care for him, at the hands of the unsullied and who had desperately begged her to stop her plans of conquest as they would bring much death. For indeed they had. On both sides, her war of conquest had led to the deaths and burning of many, both civilian and military, as her conquest raged.

Even now, the 30, Dothraki women and children and 10, bloodriders left from her wars were not allowed anywhere near her battles, having fought her wars to dwindling numbers.

Only after years of replenishment would she see them take the field in her army. But Tyrion had seen enough of it. He had once tried to retire from the position of her hand, citing the fact that her task of conquering the kingdoms of Westeros was complete and he'd like to leave. Not to go back to Casterly Rock to be it's Lord paramount but just leave. It seemed his home now carried too many nightmares for him. She had given him a look. A look only a Targaryen, a Dragon rider and a Valyrian and Empress could manage to give, cold and hard and unflinching.

You will continue to help me run this Empire and face it's problems and triumphs together. I will raise you high among men, give you wealth, power, women and influence above all others. But don't think to abandon me now, dear Dwarf. Having your sister's tongue in my cunt and ass while I whore her out is but a small payment. Your family owes me and mine a great deal. And in won't be paid in one lifetime.

I'd suggest taking a wife soon. She did not tell Varys for their was not much a spymaster could do in such affairs and she did not tell Melisandre and Kinvarra or any of her red priests and priestesses. For all their might in sorcery and magic now that her very presence had returned it to the world, they could not help in matters of the heart. For indeed, that was what it was.

No matter who she fucked, who she took to bed, no matter their skill or looks.

The pleasure would be great but the empty and cold feeling the morning after would leave her in silent tears. Already, her fertility had been proven, the priestesses finding no curse upon her as she thought she had only that her womb rejected the seed of most men. The last child she had had come from a Volantene noble she had slept with after her conquest of Old Volantis and it had died in her womb after 4 months of her hoping against all hope.

Daenerys had stared cold and hard at the young man before her, older than her by 2 years and bearing the usual beautifull valyrian looks. Apparently the dead walked among the living these days for he had introduced himself as her long dead Nephew, Aegon Targaryen, son of her brother Rhaegar. His head was crushed by the mountain, Gregor Clegane. This is not true, for before this could happen, I was spirited away by supporters of our family and raised in secret to join you and Viserys to take back the throne. In the end, words from the claimant had meant nothing.

But Varys had proved it, Melisandre and Kinvarra had confirmed it through their sorcery and even her Dragons though none allowed him to ride them, Drogon near biting off his hand when he tried. And so she was no longer alone in the world. Or so she had thought. She and this nephew of hers had nothing in common, nothing to connect them but blood.

He strutted around the Dragon keep, smug satisfaction on his face as everyone bowed to the blood of the Empress. He had tried to get her to name him Emperor or strengthen the bond through marriage. Out of curiosity, she had taken him to bed once. Only once. It had been enough to know that though he was skilled enough, the man tried to turn her into his whore. A Dragon! Perhaps those women in power who loved their husbands would do this for them but she didn't love Aegon.

Aegon spent his days trying to look important or idling away while flirting with Westerosi noble ladies or fucking her harem and whore while wasting the large stipend she gave him on expensive baubles and trinkets. More covertly, he had tried gaining support of most of her council to force her to abdicate to him or marry him and let him rule as Emperor while she took the role of docile wife and broodmare.

By his second attempt, he had been met with the steely and unnerving gaze of Kinvarra and Melisandre, the two priestesses unamused at his actions. You are more a sniveling worm than a Dragon.

Rise of the Dragon Empire

The lesser son of a lesser son of a madman whose sole achievement is giving the seed that would bring Azor Ahai into the world. Melisandre had been the same. Family or not. One more false step and you will be shipped away to the mining colonies in Sothoryos. You may govern her colony there Aegon had gulped nervously. Thousands of prisoners from across her empire were shipped to Sothoryos everyday to work in the cast mines of the colonies there.

The hardest fighters in her army were born or trained there. It hadn't been known how she had done it but Daenerys had walked into the jungles of that cursed place and burner cursed Yeen to the ground and secured the unwavering loyalty of the Brindled men of all people. It seemed she had a knack for doing the impossible.

However, Sothoryos while being a new colony for only the hardest of people to live in and a training area for her armies was also a harsh labour camp for the corrupt, evil and those opposed to her reign but too scared to die. They forever toiled in her mines and work camps, the length of their stay determined by their crimes.

A large chunk died of disease, heat stroke, animal attacks and more. Those who survived worked until their time was up, they died as well or chose death for their crimes. From then on, Daenerys Dragon-like gaze was forever upon him, waiting to be given a chance to send him away.